You are here:
Interview 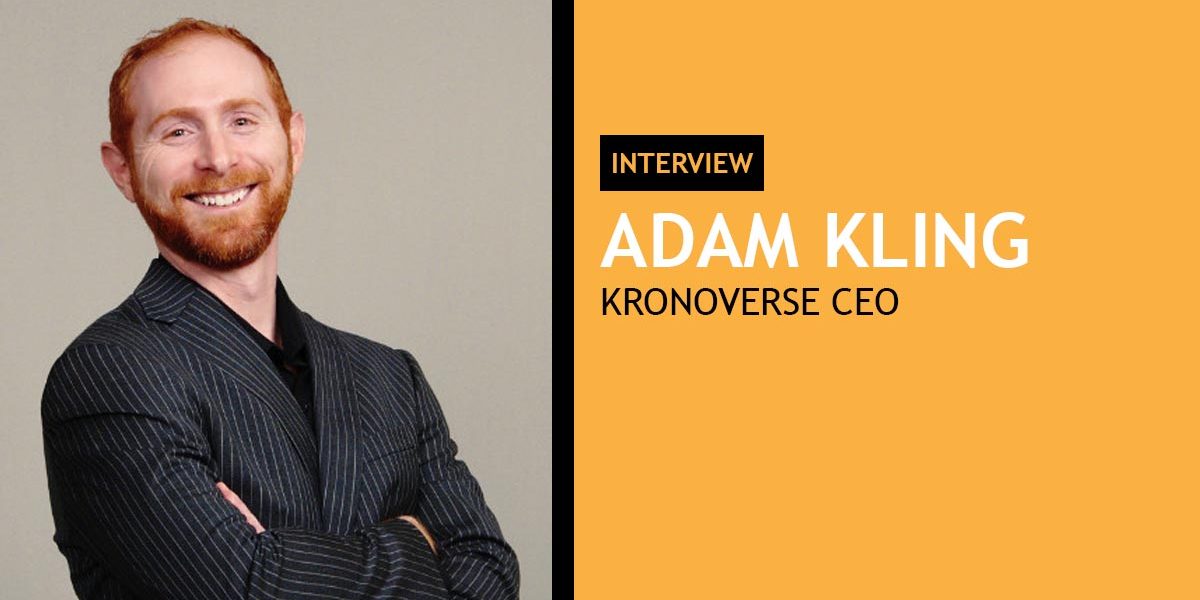 Adam Kling is the founder and CEO of Kronoverse, the innovative platform powered by blockchain technology behind the upcoming strategic turn-based 3D game, CryptoFights.

Adam, as a founder of CryptoFights.io and CEO of Kronoverse, both quite successful projects, can you elaborate on the importance of Blockchain in esports?

eSports is a fragmented ecosystem and because of this the industry will be trying to play catch up when game regulators start to get interested in regulating the industry. Creating a system of game integrity that is friendly to regulators and auditors will allow the industry to mature and usher in new investments as well as create more trust in the system. Using a blockchain enables the data to be moved to a new shared ledger that not any one company can have complete control over and also ensures data is not tampered with after it is submitted.

Developing for esports is quite a fascinating topic with lots of opportunities. What does Kronoverse has in stock for all esports players?

We want to bring CryptoFights to players to see how native tournaments inside of a game with all of the new technology we offer brings such as: All moves are transaction and can thus be studied and analyzed; all matches are stored permanently on the blockchain and can be played back at any time; and eSport players identities can become popular based on how they perform in games. No need to have millions behind you or winning huge tournaments to become known.

CryptoFights.io is turning out to be a gorgeous competitive skill-based fighting game, based on the website. We heard on one of your interviews, your plan is to start with BETA for December of this year. Is everything going accordingly to the plan and is there a specific date for launch of beta version?

Yes, we are having our closed beta testing on Dec. 16-19th. In Q1 2020 we hope to release an open beta version on google play for android mobile devices.

A little question to the side. What is your favorite esports game or maybe just a game in general for your spare time? What benefits from gaming do you observe?

I have put many hours into League of Legends and Dota2. I also like the battlefield series because its not as twitchy as COD. I think certain strategy games can help you build problem solving skills. FPS and shooters build reaction time and tactical strategy. I actually think playing games makes kids smarter but not all games fit this criteria. Puzzle games, or games that force you to think or solve things to progress.

Have you heard about the discussions for the “threats” of loot boxes in gaming that might cause serious gambling addiction? How would you comment and is there such a hazard behind loot boxes in games and esports?

I am honestly not sure as I was older when this trend starting happening in games, but I do see this as another method to generate revenue for the games. Games are getting more and more expensive to create and the companies producing them need more cash to return shareholder value.

I think eSports is another way for companies to generate revenue from the playing of their game instead of the purchasing of items/skins, etc. Loot boxes are probably here to stay to add some randomness that’s needed to keep things interesting.

Can you please share your predictions for 2020 in relation to esports?

It’s going to get bigger. Rumors of Regulation in certain states.

Why did you choose to build on BSV?

BSV solved many of the problems we had with Ethereum. BSV allows us to go into the sci-fi realm of what’s possible with gaming.

By guaranteeing uniqueness of the items you will allow some items to have real stories behind them, which will add new level to the world ‘’legendary’’ (weapon used for final frag in tournaments, items used by famous players etc…) This will add from collectors’ point of view significant value to the idem and auctions of such can reach incredible numbers. Is there a plan to apply KYC and AML restrictions for such transactions, or is there any other solution on the way?

Yes, all players that deposit money into the system will go through KYC/AML and thus use the marketplace for items.

By creating a Kronoverse platform you are giving developers a chance to produce games on the BSV blockchain. Many developers are already familiar with the blockchain technology or they will know about this possibility thanks to Kronoverse platform. However, in order for platform to be successful, there must be users as well. At the current state, potential userbase is mostly unaware of the windows technology opening in gaming. Are you planning to make some steps towards the enlightening of the potential userbase to fasten the mass adaptation, or you will leave this task to other players?

I am not sure we need to educate gamers about the technology. We just need to have great games that they can play. Gamers want to play and by playing they learn to progress in the game. Think of how gamers will study fact sheets or wiki’s on how to play so they get better. Having an item marketplace that easy to use and doesn’t require extensive technical knowledge is our goal and mission here. They will be using blockchain without really knowing.

Generation exchange of the most popular gaming consoles is planned for Q4 2020. Any rumors of blockchain gaming reaching consoles, or are we looking too much into the future?

I don’t see why not. We are thinking about a universal solution so it’s not device or platform specific.